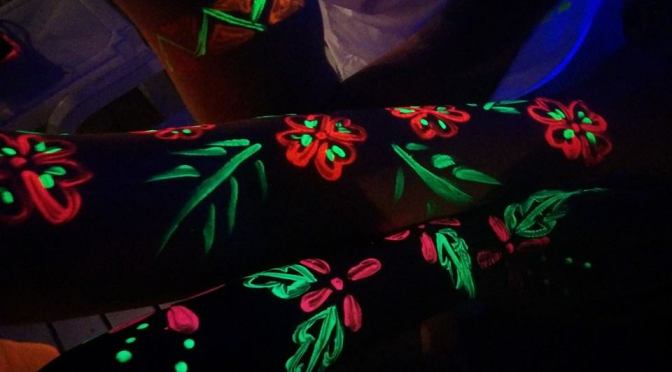 All this rushing, all the flights and buses and boats to get to Koh Phangan, we were rushing to get there for New Year’s Eve.

I thought it was going to be all trance and tripped out twats, throwing shapes at the moon and dribbling on about cosmic energy. I thought it would feature teenagers rampantly forcing themselves upon each other under a deluge of alcohol and mushrooms. I’d been told about buckets – they hardly sounded appealing.

Instead, new year’s eve at Koh Phangan’s party town of Haad Rin was all about drum and bass. Thank heavens!

If you’re not on drugs, trance is the most terrible dirge a party can be subjected to. There’s nothing to latch on to, nothing to excite, nothing to get the blood pumping more than can as easily be accomplished with a metronome connected to a subwoofer (which is a pretty accurate description in itself). Terrible music.

Drum and bass, on the other hand, you can go absolutely batshit crazy to. And there was tonnes of it! I’d been told to wear trainers due to the abundance of broken glass that ends up on the floor, which immeasurably aided my skanking-influenced D&B moves.

The party itself was almost intimidatingly huge, with drunk dancers numbering in the tens of thousands. The atmosphere was awesome (emerging on to the beach to see the scale of the party for the first time was quite overwhelming), while also remaining welcoming, with an all-in-this-idiocy-together feeling.

That is, however, until the early hours of the morning, when those who’ve let the booze take over stand shouting at their loved ones in the street or threaten violence against passing pill-popping peacemakers.

Dead fun, all in all, but we were thankful not to be staying locally. Yes, it was a long taxi ride back to the north of the island, but that was one party I’d not like to wake up to the aftermath.

A first-time novelist's journey. Will I become a success or a cautionary tale?

Songs of Sirens and Stars